The 2017 Regionals have arrived in Madrid for the second year running, and you’d better believe that Velites will be there with the world’s best competitive jump rope, the Fire 2.0. We’ll have discounts both online and at our booth throughout the entire Regionals weekend (June 2-4), so come and check us out, give the ropes a try, maybe even win a prize or two.

As always, we’re rounding up the ones to watch out for at the Meridian Regionals, including our awesome sponsored athletes. Good luck to all competing, and let’s get started.

As Ireland’s first male representative at Regionals, Headon has a lot to be proud of already. The 24-year-old has been making a name for himself this year, and finished 13th in Europe after the Open.

Anyone who follows CrossFit in the UK knows that Adams is serious business, and has been for a few years now. Working hard year-round to finish 19th in Europe, Adams has plenty of room to grow at just 25 years old, and will be one to watch this year and beyond.

He’s on the list every year, and he beats the shit out of the competition every year. In 2017, we can only assume that Gudmundsson will be even stronger, even faster, and that he’ll be off to the CrossFit Games to do some serious damage. We’d say look out for him in Madrid, but you won’t be able to miss him.

It's all barbells at the regionals, right? Another training weekend in the books in a great company @anniethorisdottir & @frederikaegidius. 275lbs/125kg on the bar.

Andersen came out of nowhere in 2013 to take 13th at Regionals. Since then, he’s become a big name at both Regionals and the Games. This year, he’s training out of the African region, and we’ll be seeing him in Madrid in June.

A little action from today's testing of Regionals event 1 and 2 with @shalan.mahmood. Here's the first round of 21 DB Snatches at 80 lbs and 21 Ring Dips. ⠀⠀⠀⠀⠀⠀⠀⠀⠀ Getting more and more excited day now! ⠀⠀⠀⠀⠀⠀⠀⠀⠀ @bearkomplex @niketraining @purepharma @crossfitalioth @crossfitinvictus

We’ve seen Harwood at Regionals before, and as an experienced individual and team competitor, he knows what he’s doing. Harwood will be bringing some big lifts and ton of skill to Madrid. As one of the UK’s top talents, he’s definitely one to look out for.

Koski went from having to pull out of the Games due to injury, to making his way back to the top of the Open leaderboard. In Finland, they call that kind of inherent grit and determination ‘Sisu’. If you’re thinking of trying to out-engine Jonne Koski, you’re in for a rough old day.

When I was still competing in swimming I used to hit the gym after each swim session to play around with weights (mostly bench press 😂) because I found it fun eventhough it didn't really make my swimming any better. I don't really do bench press that often anymore but today I finally broke my over 5 year old PR by 1lbs at 321lbs! 💪🏻 #paljopenkki @roguefitness #ryourogue @niketraining #niketraining @zpcompression #zpcompression @redbullsuomi #givesyouwings

One of maybe only a few Italians to ever make Regionals, Migliorini was on our list in 2016, and this year he continues to smash it. Finishing 2nd overall in the European Open in 2017, this is going to be a big year for him.

Now competing in the Masters division, Falk is going to be causing a lot of trouble for a lot of ladies in Madrid. Fast, strong, and best friends with a lot of experienced, hard-working athletes, Falk is not messing around, and will be up there for sure.

Spence has been a big name in the UK for a couple of years now, winning national competitions and becoming an athlete to keep an eye on. We’re super proud to be sponsoring Charlotte this year as she heads to Regionals.

Without a doubt, one of our favourite CrossFitters, McQuaid exploded into the top ten a couple of years ago, and since become a legitimate Games contender, finishing 6th at Regionals in 2016. An incredible drive and work ethic have pushed McQuaid towards another trip to Madrid and, we hope, her first Games qualifier.

Now officially a Masters athlete, Briggs will choose whether she wants to compete there, or with the under-34 ladies. Either way, if you find yourself up against Briggs, it’s bad news. Everyone knows that (you might catch her out box jumps, if you’re lucky).

With 5th, 3rd, 5th, 12th and 6th place finishes in the Open, it’s fair to say that few people are working as hard as Helgadottir right now. Outstanding fight, and insane strength have earned her a place in Madrid, and if all goes well, a place at the Games. 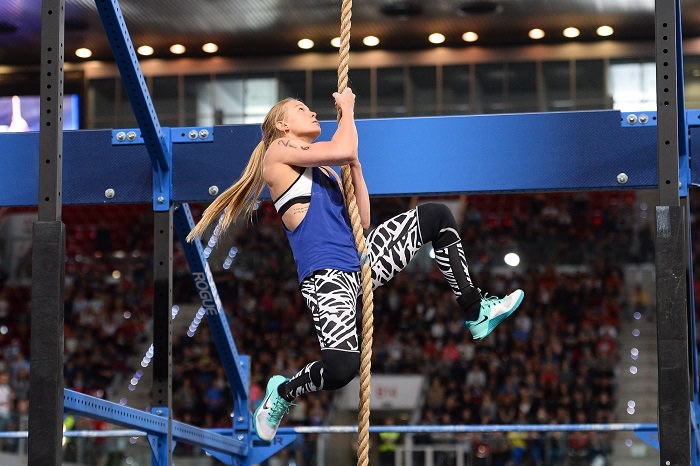 Our home team is fired up, Velites-fuelled and ready to hit Madrid. The Unit have been crushing it all year in competitions across Europe, and now that they’re heading to the second biggest stage there is, we can’t wait to start cheering them on. Look out for them on the leaderboard (you’ll need to tilt your head way up to see them).

With their lowest position on the Open leaderboard being a 6th place, you’ll understand how pleased we are to be part of these guys’ journey to the Games. We expect to see them in Madison, Wisconsin in August for some serious competition.

And there are our picks. Every one of them a solid Games contender, who we can’t wait to see get after it.