Last week we had the great pleasure of visiting several spots on the national scene with Adrienn Banhegyi, a Hungarian skipper several times world champion and artist in the Cirque du Soleil.

Participants who attended the workshops were able to discover the world of “Free Style” skipping and learn various unusual tricks. They were also able to improve their fitness skipping technique with an emphasis on double and triple unders. 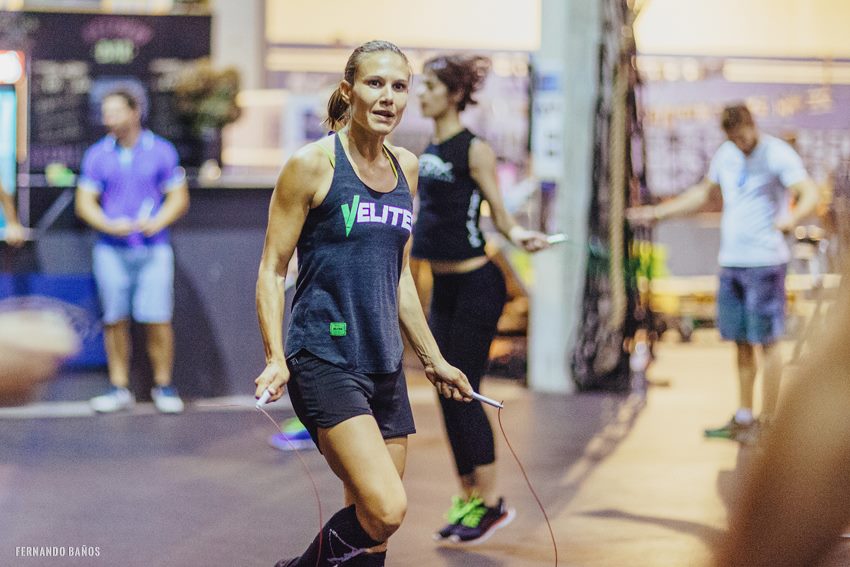 In short, the workshops consisted of a first part where the athletes came into contact with free-style jump ropes. For many of them it was the first time they had skipped with this type of rope, and the sensations were very different from usual.

This section of the workshop worked on coordination between the upper body and lower body.

In the second part the aim was to work on speed with the specific fitness and competition training ropes. One aspect that most impressed the participants was the physical strain suffered during the one and a half-hour skipping. It became clear that physical and cardiovascular resistance is also very important also in skipping proficiency.

As a climax, Adrienn offered a full show for the enjoyment of all participants, where they could see the movements studied during the course.

Saturday November 14 was the date set for the grand final of the Spain Velites Challenge, which we had been organizing for some time. The best national skippers were convened to the Oberena Club in Pamplona.

The climax of the evening came later when the four athletes previously classified in the online trials competed for the title of the Spain Velites Challenge championship.

Cristian Torreblanca from Cordoba, Raúl Motilla from Malaga, David Somoza from the Canaries and Ángel Martinez from Murcia were the finalists from among the nearly 200 participants in this first edition of the competition. The first trial they had to pass was a reverse ladder interchanging the VRope Fire competition rope and the VRope Earth training rope. 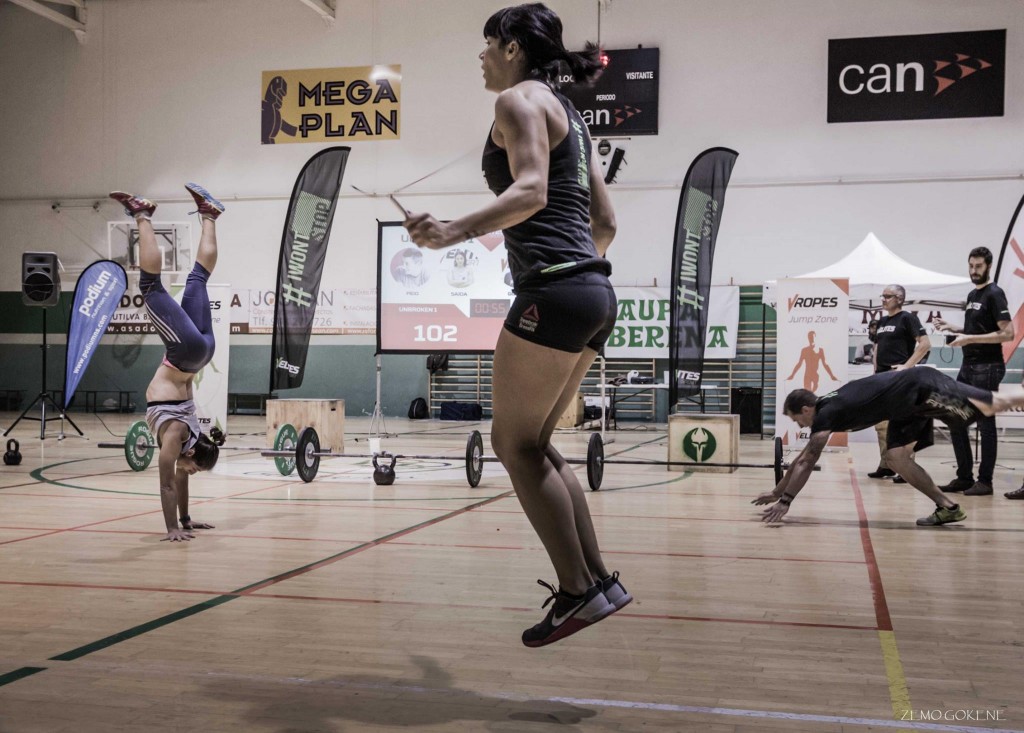 In this trial Cristian came first and the second place was fiercely disputed, as David and Angel fought to the end to gain a place in the final. A small slip by Angel allowed David to take the lead and qualify for second position.

In the final the two athletes had to make the whopping amount of 500 double unders. To add excitement to this challenge, every time the athletes lost their footing, they had to run 32 meters before starting to skip again.

Cristian’s refined technique of nearly 10 years’ skipping made the difference from the start. David stumbled after an unbroken series of 220 double unders at a very good pace. Cristian reached 250 jumps. The fatigue became evident halfway through the ordeal, when both athletes stumbled three times. Cristian ended up clinching the title by beating his opponent David by just 40 double unders. 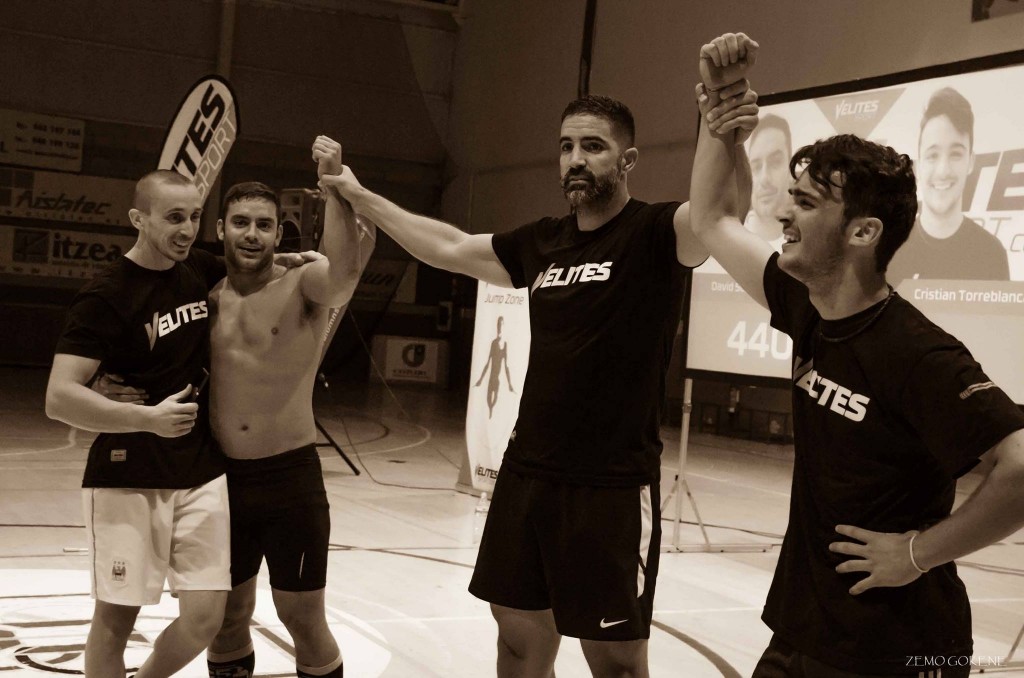 After this exciting final the audience was able to enjoy a great show by Adrienn Banhegyi, where thanks to the cheers and excitement of the audience, she even dared to give a small demonstration with ball and rope.

Before the awards and jump rope test, there was a raffle among the audience for several Velites Sport products, including VRope Fire competition ropes and VRope Earth training ropes, 100% natural VEnhance pre and post-training creams, and T-shirts.

There is no doubt that skipping is once again creating great interest among the general public, especially children, who demonstrated their skills and concerns at the end of the event on the parquet of the Oberena sports centre.