Invented by a former U.S. Navy Seal and beloved by people of all ages and abilities all around the world, the TRX training system has become a mainstay of gyms and hotel rooms from L.A. to Sydney. As a company, TRX is now worth over $50 million, not bad for a couple of fabric straps with handles attached to the ends. 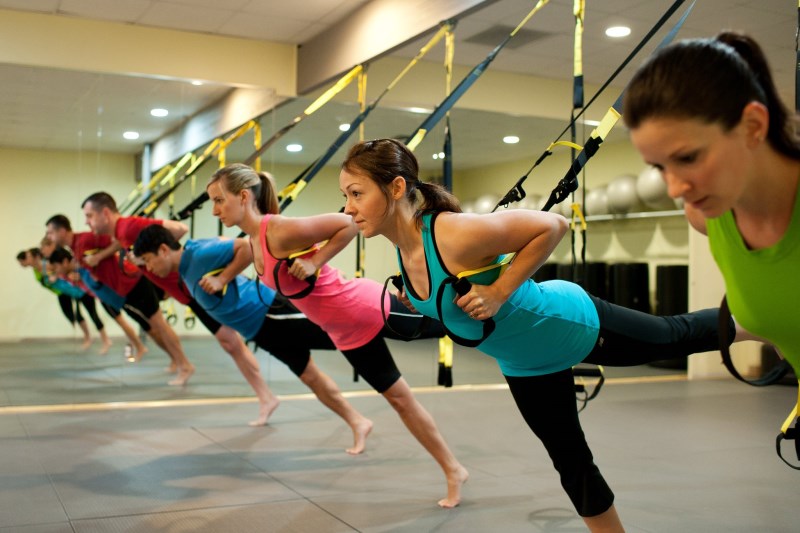 Speaking about the TRX system, founder Randy Hetrick said, “TRX is about maintaining conditioning when you have no access to fitness equipment”. He’s opened up a world of possibilities for people looking to work out on the go. But TRX isn’t just for those constantly on the move, the system is an awesome way of building all-over body strength and stability — something all of us should be looking to improve given the prevalence of bad backs and strains these days, thanks to too much sitting.

Why TRX is an Awesome Way to Train Crossfit

First and foremost, TRX Training will enhance your body’s core strength. Having to support your own bodyweight and move it around in a controlled manner, does wonders for your balance, joint integrity and stability. TRX is essentially a resistance training program — like the kind you might get with bands, or just bodyweight alone — only on steroids. Perfect for crossfit.

You’re utilizing your bodyweight, but you’ll be working all your muscles as opposed to targeting 1 or 2 areas, as you might even with a CrossFit training routine. Sounds sacrilegious, we know, but even though CrossFit encourages different parts of your body to work together, what often happens is you end up pairing two or three muscle groups, rather than engaging your entire body.

The advantages of TRX exercises versus machines is a no brainier. Machines will only enable you to work out using repetitive and almost identical movements, whereas the TRX encourages a wider range of motion, forcing your body to respond to instability. With a TRX system you’re working more muscles that any machine or set of machines ever could.

Having to maintain constant tension throughout your body during movements is what makes TRX so special. It’s what will ultimately lead to improvements in strength, tone and balance. Martial arts fighters and MMA athletes love TRX, and they’re some of the strongest people, pound for pound in the world. Exercises with the TRX are effective, and results come quick. It’s a challenge for mind and your body, and you leave every session a little bit stronger.

Pair TRX training with the right nutrition and you’re already well on your way to a better, stronger, faster body. Used on its own, or in conjunction with another training plan like CrossFit, TRX is something Velites highly recommends. 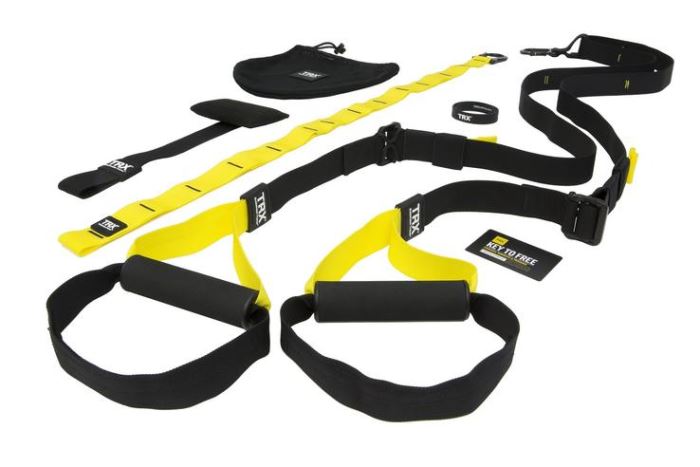 It’s a convenient little set up that may be taken with you anyplace, and it’s very small when stored. Just two strong, adjustable fabric straps with comfortable plastic handles at the end. Attach them wherever there’s a strong enough hanger to support your bodyweight. Park swing sets, pull-up rigs, railings, doors and doorframes (with door anchor attachments) are all fair game when looking for a place to set up your workout.

There’s really not that much more to it than that. It’s simple by design, with all of the creativity left up to you. Price-wise, most TRX sets clock in at around a few hundred euros/pounds — not bad at all, we think, for a system which is essentially a full-body workout. Compared to most other fitness equipment, it’s a great buy. If what you’re interested in is feeling and actually being strong, rather than just looking it, then TRX is for you.

With that said, here’s a selection of our favorite TRX exercises.

Just like with a regular push-up, you’ll need to keep everything in tight, only with the TRX, you need to give that little bit extra. Insert your feet into the handles and assume a regular push-up position. Squeeze butt and core, then lower yourself down and back up, keeping your elbows in tight. Targets: Chest and back

The opposite of the push-up in terms of where your feet and hands are, the chest press is the TRX equivalent of a bench press. With your feet shooting out behind you, lean into the handles and lower yourself until your chest reaches the handles, then press back up.

Targets: Back and arms

Another classic TRX movement, simply flip yourself over from the chest press position and pull until your chest reaches the handles. Slowly lower and repeat.

This is where the TRX really comes into its own. By performing the inverted row with just one handle and one arm, you’re forced to engage your core. Stagger your feet to make this one a little easier.

This one was invented for the TRX system, and just like the regular TRX push-up, only you crunch your knees in at the top. Super hard, super effective.

Get yourself into the inverted row position and turn your palms to face you. Curl yourself up as far as you can with good form. Targets your biceps as well as your back.

A variant on the atomic push-up, the pike push-up asks you to push through at the top of the movement and point your butt to the ceiling, as if you were doing a V sit-up. You’ve never done lunges like these before. Insert one leg into one handle and place the other out in front. Now lunge until your suspended knee touches the ground, then step back up. Ouch.

You don’t often realize how tough hamstring movements are until you do them. Lay on your back with your heels in the handles. Raise your butt off the ground and pull the handles toward you using your hamstrings. We’re all familiar with mountain climbers, but the TRX version, being suspended off the ground, is much harder in our opinion. Set yourself up in the push-up position, then move one knee into your chest, return, then repeat with the opposite knee.

There are literally dozens and dozens of ways to use a TRX setup, and we could go on all day long. But if you’d like to check out some more detailed workouts, then head over to the TRX Training website.

What’s your experience with the TRX system? How do you work it into your routine, and what sort of results have you seen in your strength and overall health? Let us know on Facebook, or in the comments.